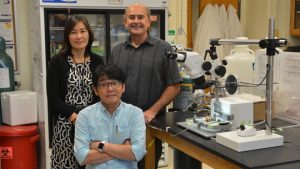 For anemonefish, male-to-female sex change happens first in the brain

Justin Rhodes, a professor of psychology, and his colleagues discovered that the male-to-female sex change in anemonefish occurs first in the brain. “It’s a very clear demonstration that brain sex and gonadal sex can be uncoupled,” said Rhodes 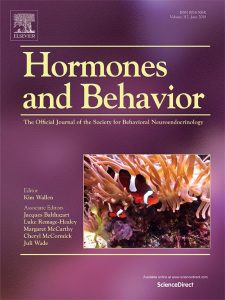 Official Journal of the Society for Behavioral Neuroendocrinology 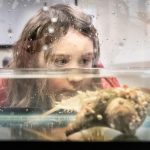 Cora Quinn, 6, looks at hermit and horseshoe crabs in a tank in an exhibit her father, Brandon Rutherford, was setting up for Stratton Elementary School students Thursday, March 7, 2019, at the University of Illinois’ Beckman Open House at the Beckman Institute in Urbana. 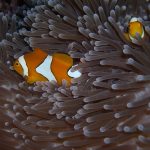