Clownfish Sex Tape (The Circle of Life Has Never Been so Sexy!)

“This steamy, hidden-camera sex tape gets you up-close and personal with clownfish and shows you what they get up to when the lights go out. This video features a fun and fact-filled display of the secret sex life of the clown anemonefish… caught in the act and in full HD. The circle of life has never been so sexy!”

Finding Nemo Lied To Your Kids, and They Will Do It Again in the Sequel: Finding Dory!

“The Disney film, Finding Nemo, lied to your kids!  Disney would simply argue that they altered reality to create a more entertaining storyline, but read below for the true story, and you tell me which you think is a more entertaining.” 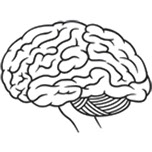 Why Do I Think Better after I Exercise?

“After being cooped up inside all day, your afternoon stroll may leave you feeling clearheaded. This sensation is not just in your mind. A growing body of evidence suggests we think and learn better when we walk or do another form of exercise. The reason for this phenomenon, however, is not completely understood.”

What is a Spandrel? Explaining Evolutionary Adaptations and Side Effects

“Neuroscientist and evolutionary biologist Justin Rhodes explains the difference between traits that are the result of evolutionary adaptation and others that are genetic spillovers. Winner of a Regional Emmy!”

Men Are Better Navigators Than Women, But Not Because of Evolution

“Some stereotypes are based on nothing, but studies have verified one generalization that we encounter in our daily lives: men tend to be better navigators than women. Though the phenomenon appears in a range of species, researchers don’t understand why it’s happening. Some guess that this male navigational advantage is adaptive—that men who could navigate wound up having more offspring than those who stuck close to home or got lost. But it turns out that is not the case, according to a new study published in The Quarterly Review of Biology.”

Why Men Are Better Navigators Than Women: Adaptation or Side Effect?

“Neuroscientist and evolutionary biologist Justin Rhodes explodes the myth behind why males are better at navigation than females.”