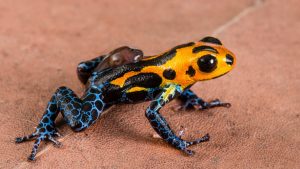 Does A Universal Genetic Recipe for Monogamy Exist?

By fine-tuning the expression of a similar set of genes, mammals, birds, frogs, and fish may have all capitalized on a common toolkit in the transition to monogamy. 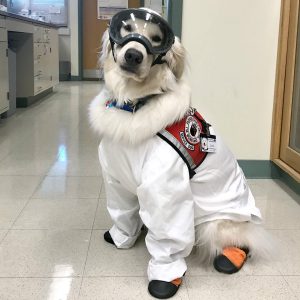 The Challenges of Bringing Service Dogs into the Lab

Joey Ramp went back to college to study post-traumatic stress disorder. But the dogs that help her manage her own PTSD complicate her research career. 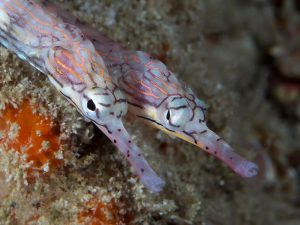 “Male pipefish, which take on the burden of carrying eggs to term, can compromise their own pregnancies if they see a “huge, sexy female” swimming by” 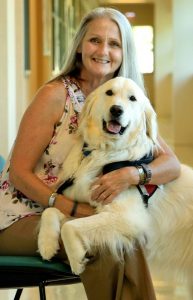 Sampson, the service dog of MCB student Joey Ramp, was named top dog in the nation in the Service Dog category. Ramp and Sampson are part of The Rhodes Laboratory at the Beckman Institute. The annual American Kennel Club Humane Fund Awards for Canine Excellence (ACE) celebrate five loyal, hard-working dogs that have significantly improved the lives of their owners and communities 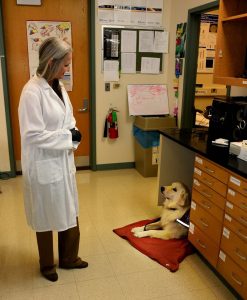 “A University of Illinois student and associate professor are fighting for the rights of service animals when it comes to entry into science labs.” 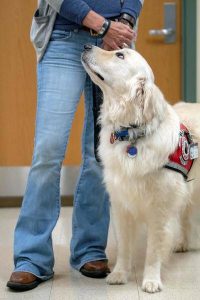 “Even though Ramp is an undergraduate, she is doing research with Professor Justin Rhodes at the Beckman Institute.

Sampson could become part of an experiment that would help others who use service dogs to move in campus areas that have been off-limits. But so far, she has not won approval from the UI, where a committee has concerns about a new concept of [service] dogs in labs” 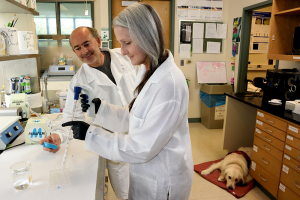 “On a typical day, you can find Sampson hard at work alongside researchers at the Beckman Institute for Advanced Science and Technology. Instead of taking samples and calculating results, however, Sampson is ever watchful of Joey Ramp, a senior molecular and cellular biology major, as she goes about her tasks.  Sampson, a 3-year-old golden retriever, is Ramp’s service dog.”

This Is Your Brain on Fatherhood: What clownfish stepfathers and Dad-of-the-Year foxes teach us about paternal neurochemistry in the animal kingdom

In two recent studies, Rhodes and DeAngelis monitored the behavior of male clownfish recently thrust into the perils of parenthood. Knowing that oxytocin played a big role in clownfish fathering, they exposed male fish to a drug that impeded this hormone’s ability to signal in the brain. Unsurprisingly, dads experiencing this chemical blockade were less interested in nurturing their eggs, instead letting them languish.

Alternatives to Heterosexual Pairings, Brought to You By Non-Human Animals

“In Ursula K. Le Guin’s The Left Hand of Darkness, the humanoid inhabitants of the planet Gethen live most of their lives as androgynous, sexless beings. Once a month they enter an estrus-like state known as “kemmer,” temporarily adopting the guise of either “male” or “female” with a sexual partner of their choosing. By contrast, interstellar visitors who enter with just one sexual identity, and in constant estrus, are initially considered perveted sexual deviants. The gender-fluid world Le Guin imagined—what she called a “thought experiment” in sexual politics—shattered barriers when it was released in 1969, and continues to make waves today.”