“The brain shrinks as we age, reducing memory and thinking abilities in the elderly and researchers are constantly looking at ways to minimize this atrophy of the brain.” 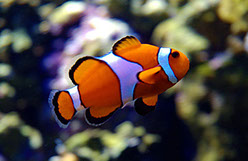 “Clownfish burst onto the public scene nearly a decade ago with Disney-PIXAR’s now classic animated film “Finding Nemo.” Perhaps unsurprisingly, the film left out a very important part of the clownfish story — that clownfish can actually change their sex in response to their social environment.”

Q&A: The key to a better brain is exercise

“You won’t find Nemo swimming around in Justin Rhodes’s new marine biology laboratory at the Beckman Institute, but you will find 74 of his real-life clownfish brethren in one of the most unique settings for neuroscience research in the world.” 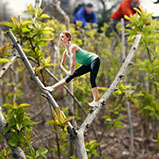 How Exercise Could Lead to a Better Brain

“For more than a decade, neuroscientists and physiologists have been gathering evidence of the beneficial relationship between exercise and brainpower. But the newest findings make it clear that this isn’t just a relationship; it is the relationship. Using sophisticated technologies to examine the workings of individual neurons — and the makeup of brain matter itself — scientists in just the past few months have discovered that exercise appears to build a brain that resists physical shrinkage and enhance cognitive flexibility. Exercise, the latest neuroscience suggests, does more to bolster thinking than thinking does.”

How Exercise Can Prime the Brain for Addiction

“Statistically, people who exercise are much less likely than inactive people to abuse drugs or alcohol. But can exercise help curb addictions? Some research shows that exercise may stimulate reward centers in the brain, helping to ease cravings for drugs or other substances. But according to an eye-opening new study of cocaine-addicted mice, dedicated exercise may in some cases make it even harder to break an addiction.”

“Could exercise have beneficial effects for treating drug addiction, such as have been shown for disease prevention and improving cognitive health? Researchers from the laboratory of Justin Rhodes say the answer is, potentially yes, but that answer is dependent upon when the exercise takes place.” 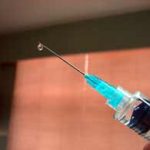 “Some of the hard work of fighting addiction to heroin or cocaine is in learning not to use the drug. And if drug use inhibits the generation of new neurons that facilitate learning, the problem becomes a vicious circle. Now, research presented at this week’s annual meeting of the Society for Neuroscience in Washington DC shows that increasing the brain’s ability to generate new neurons decreases drug-seeking behaviours in rodents. The implication is that therapies that boost neurogenesis may one day help drug addicts on the long road to recovery.”